Most of us are familiar with white noise, but pink noise is on the rise as a popular — and potentially more beneficial — sonic option to fall asleep to. We’re here to uncover some of the mystery surrounding pink noise, and how you can use it to drift off to dreamland. 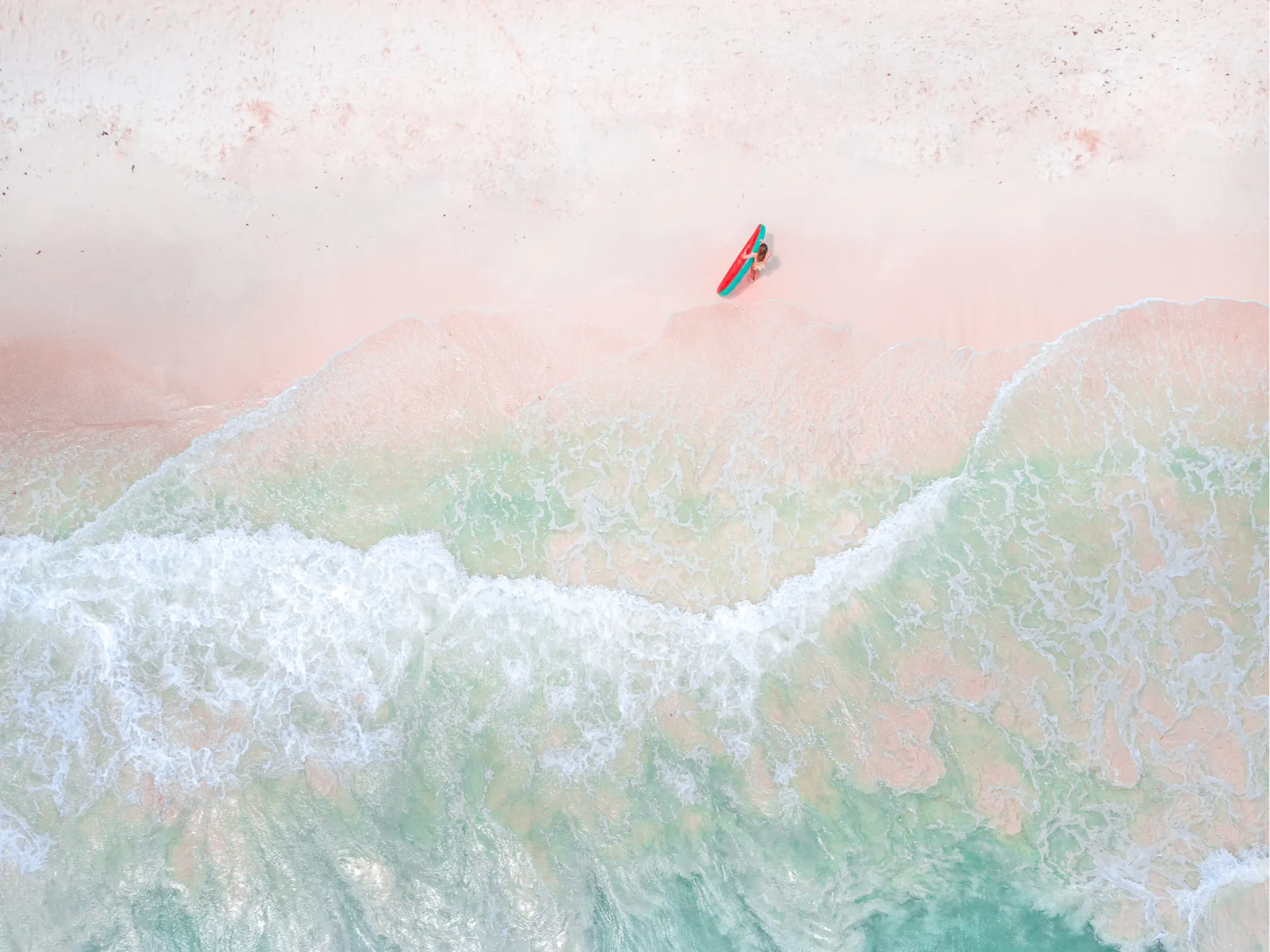 Pink noise sounds similar to many sounds from nature, like the sound of ocean waves. Image c/o Sebastian Huber.

White noise and pink noise are different colours of noise, which refer to sounds that contain a range of frequencies randomly playing at the same time. In white noise, all frequencies in the sound spectrum are generated with the same power or intensity, resulting in sounds like TV static.

Meanwhile, in pink noise, the intensity decreases with as the frequency get higher, making lower-pitched sounds louder and higher-pitched sounds softer. This pattern is similar to many sounds in nature, like steady rainfall, rustling leaves, or ocean waves.

Because higher pitches are less prominent in pink noise, it can sound gentler to the human ear than white noise. It may also help minimise or mask the effect of sounds that might interfere with sleep, like harsh or sudden sounds.

Your ticket to sweet dreams

Although most research is preliminary, studies suggest that pink noise is more effective than other sounds to help fall asleep faster and sleep deeper. Using pink noise while we sleep has also been found to enhance the restorative effects of sleep and improve memory among both older and younger adults.

Each colour of noise has different properties that affect how well we rest. White noise has its own benefits as a sleep aid — but if it hasn’t worked for you, give pink noise a try! Explore different volumes and ways of listening to find what works best for you.

📻 Ways to use pink noise

Did you find this article helpful? Let us know if there are any myths, tips or questions about sleep that you'd like us to explain, and we'll do our best to help you rest a little easier!

Looking to add pink to your bedroom in more ways than one? Sleep pretty in pink the Sunday way. Hover or tap the images below to check out our pinkest sheets.